Congratulations to the "Winner of the Willard Schultz Most Promising Performing Artist Award- Jamie Phillips-Freedman, Yukon"

This is a notable accomplishment for a student from the Yukon. It also carries a $1500 prize. Congratulatios Jamie! 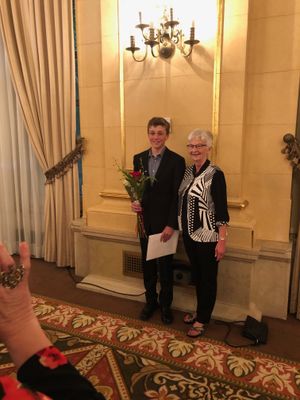 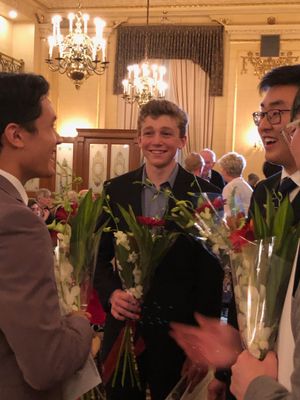 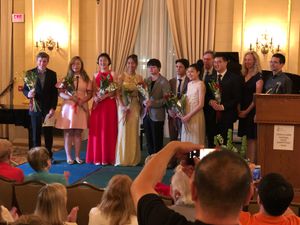 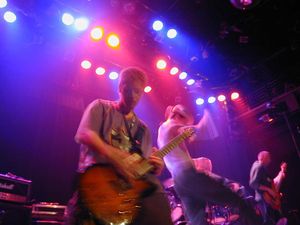 The Inspire Song - North for 90 Scholarship

The Inspire Song - North for 90 scholarship is created for youth/young adults 12 to 18 years of age who are inspired to write original songs or music in any lyrical/musical format in any genre. The songs must be either lyric- or music-based. Up to 8 applicants will be eligible to receive this award.

The awarded funds must be used as tuition or fees for lessons or mentorship with a Yukon songwriter or musician of their choosing.  The applicant must provide a letter explaining their desire to receive this fund, with information on who they will be mentored by or take lessons from.

Applicants may be invited to perform their original songs at an event to celebrate the songwriters who receive support from the Inspire Song - North for 90 scholarship.

This scholarship was established in memory of Aylie Sparkes.  Born Peter Thiessen in Steinbach, Manitoba, he arrived in the Yukon in 2001 with a truck full of guitars and $5 to his name.  In the first year he made his presence felt performing an unheard of 250 shows, mainly at the Discovery Bar (Taku), where people would line up down the street to get a seat where they grew to expect the unexpected.  Though influenced by Hendrix, Elmore James, Robert Johnson, and Duane Allman, his slide guitar diversity was his strength, paired with his innate ability to draw his audience into his light, albiet country, blues, gospel, or funk.

He supported many local artists on stage and in recordings before releasing his debut record "Beautiful & Deranged", which was nominated for "Blues Album of the Year" at the Western Canadian Music Awards.

His creativity and love for performing, playing, and writing was felt by many in the four lears he lived in the North, before passing of cancer in May 2005 at the age of 38.

Access to the online application form can be made at www.yukonfoundation.com.  Click on the button at the bottom of "Apply" that cites the Inspire Song Application form, fill in and submit.

If any further help is  needed, Sophie at the Yukon Foundations can be reached at 393-2454, or better still by email yukonfoundation@klondiker.com.